At the moment, the question of whether the cultivation of rapeseed still turns out to be profitable is being intensely discussed in many cropping businesses, but it is precisely the current prospects for oilseed rape that do not look bad at all. In addition to the well-known strengths of rapeseed, such as the effects as a preceding crop, more stable yields and positive price trends are to be expected for 2020.

Within the entire group of root crops and leaf crops with high market significance, rapeseed is the one with the best value as preceding crop. In case of tight cereal crop rotations, the cultivation of rapeseed allows potential disease sources (such as infections by fusarium/deoxynivalenol (DON) levels, root diseases) to be reduced and weeds to be controlled in an efficient way, e.g. in case of problems with black-grass. Apart from that, rapeseed is the earliest vacating leaf crop, thus allowing sufficient time for thorough soil tillage and adequate preparation of the seed bed for the subsequent crop. Whereas other leaf and root crops mostly consume quite a lot of water and humus, rapeseed leaves behind a quantity of up to 600 kg humus per hectare. As a general rule, wheat grown subsequently to rapeseed renders yields that are up to 10% higher compared to wheat crops cultivated after wheat crops. Also the wheat grown subsequently to rapeseed the costs of production are lower. 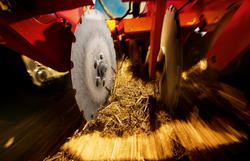 In the past years of cultivation, rapeseed yields oftentimes fell short of growers’ expectations, but with a view to the 2019 harvest season, yields have already increased and stabilized in many places compared to the previous year, both in practice and under experimental conditions. In a german harvest monitoring survey with more than 450 participants, the average yields amount 37 dt/ha. This means that rapeseed has returned back to the traditional long-term yield level.

Increased average yields have also been found in various experiments conducted on an official basis, and this is, among other things, due to the new genetic features of RAPOOL’s varieties, which – depending on the site of cultivation – turned out to be superior to traditional comparative varieties by up to 10% when taking a look at the data obtained from regional variety trials conducted in 2019. The new german varieties LUDGER, SMARAGD, PUZZLE, and VIOLIN, as well as the variety CROCODILE, which is resistant to the clubroot disease, are currently at the top of the performance scale in the 2019 regional variety trials, and this gives hope for the coming crops in practice.

This year, however, it will be decisive in many regions to determine the right sowing date and to wait for sufficient soil moisture in order to allow the young rapeseed plants to have a good growing start and to develop sufficient growth in autumn. The last cropping years, which were characterized by difficult growing conditions, have revealed the importance of good growth and root development when it comes to obtaining stable yield quantities.

Apart from choosing the right variety and ensuring the best sowing conditions possible, special attention should also be paid to the seat treatment to be adapted to the specific site of cultivation in the best possible manner.

In addition to increased stability in terms of yield quantities, positive price trends are to be expected, too. According to Oilworld (Ista Mielke GmbH, Hamburg/Germany), a company specialized in market analysis, the price trends for the current campaign and for the 2020 harvest season depict a clearly positive picture, including the potential of achieving prices of 40 euros per decitonne (dt). The decline of production quantities from about 2.8 million tons down to 17.1 million tons expected in the EU will not merely be compensable by higher imports quantities from third countries. Already starting in November 2019, the large production deficit will be quite likely to have a price-stabilizing effect.

Beginning at the point of sowing throughout the entire cropping season, sufficient seed quantities of RAPOOL’S hybrid varieties will be available and can be ordered in perfect alignment to the best sowing time. RAPOOL varieties are exclusively distributed by specialist trade partners from agriculture.